AN2401, a Promising Novel Treatment Against Alzheimer Disease

The positive topline results from Study 201 have led to the initiation of an open-label extension for the subjects previously enrolled in Study 201, which is set to begin later this year.
By: Jenna Payesko
Published: November 18, 2018 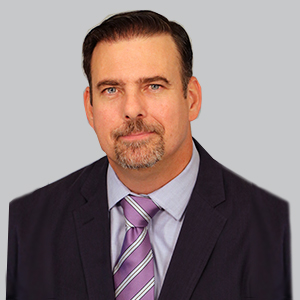 With the announcement of positive top line data from the phase 2 study of BAN2401, an anti-amyloid beta monoclonal antibody under investigation for the treatment of Alzheimer disease, Eisai and Biogen have begun planning an additional confirmatory open-label extension for subjects previously enrolled in Study 201, which is set to begin later this year. Topline results demonstrated a clinically meaningful difference in disease progression at the 10 mg/kg bi-weekly dose compared to placebo after an 18-month period.

To dive deeper into the results from Study 201 and discuss next steps for the investigational therapy, NeurologyLive spoke with Chad Swanson, PhD, Senior Director, Neurology Business Group, BAN2401 International Project Team Leader and Clinical Lead, BAN2401-G000-201 Study Director. Swanson explains that the data suggests that treatment with BAN2401 not only leads to a clinically meaningful difference on several clinical outcome measures when compared to placebo but that the rate of decline over 18 months is significantly slower in the intervention arm than placebo.

If BAN2401 does become FDA approved, treatment with the therapy could potentially slow the rate of disease progression and clinical decline for patients with early Alzheimer disease, which is tremendously impactful for not only patients but caregivers and families.

NeurologyLive: What are the results from Study 201?

Chad Swanson, PhD: The topline results of Study 201 demonstrated a clinically meaningful 30% difference in disease progression at the 10 mg/kg biweekly dose of BAN2401 compared to placebo at 18 months, which was found on the clinical efficacy measure of Alzheimer’s Disease Composite Score (ADCOMS) which we developed to detect changes in cognition and function on items that are most impacted early in Alzheimer disease.

This dose of 10 mg/kg biweekly of BAN2401 began to show its clinical benefits on ADCOMS as early as 6 months, and that effect was sustained over the entire duration of 18 months of treatment. Results for this dose on other endpoints including Alzheimer’s Disease Assessment Scale-Cog (ADAS-Cog) and Clinical Dementia Rating Scale (CDR) Sum of Boxes (CDR-SB) were also meaningful at 47% and 26% less decline at 18 months versus placebo, respectively.

Biomarker analyses that were conducted, which included change from baseline and amyloid positron emission tomography (PET) standard uptake value ratio (SUVR) (PETSUVR) showed a 70 unit reduction on the Centiloid scale and a conversion rate of 81% for amyloid positive to amyloid negative on amyloid PET visual reads, again at this top dose of 10 mg/kg biweekly.

We’ve seen some results on cerebrospinal fluid (CSF) biomarkers of neurodegeneration, such as neurogranin, phosphor-tau, and neurofilament light chain, all showing trends that are suggestive of BAN2401 having an impact on the underlying pathophysiology of Alzheimer disease. We pooled the top 2 doses of 10 mg/kg biweekly and 10 mg/kg monthly, in this case, and compared them to placebo at 18 months, and just by way of note, the ends for those biomarker results were 16 in the placebo arm and 23 in the pooled BAN2401 group.

Finally, BAN2401 had demonstrated an acceptable safety profile through 18 months of study drug administration, with incidents of amyloid-related imaging abnormalities of the edema type, or otherwise known as ARIA-E, which are the main safety observations in Study-201, were less than 10% across any of the treatment arms and less than 15% in equally positive subjects at the highest dose tested of 10 mg/kg biweekly.

What’s the next step?

CS: We’ve initiated active planning on an additional confirmatory study with authorities and we’re also happy to announce that we are running an open-label extension for the subjects who previously enrolled in Study 201, which will begin later this year.

Data we presented thus far suggests that treatment with BAN2401 not only leads to a clinically meaningful difference on a number of clinical outcome measures at 18 months when compared to placebo at this top dose of 10 mg/kg biweekly but also that the rate of decline over 18 months is significantly slower in the treated group compared to that of placebo. This suggests that perhaps if approved, that treatment with BAN2401 could potentially slow the rate of disease progression and clinical decline for patients with early Alzheimer disease. We believe that this overall slowing in the rate of disease progression would be the most impactful for patients with early Alzheimer disease, as well as caregivers and families.

Eisai has a very rich history of innovation in the Alzheimer disease space. We’re very encouraged by the totality of the Study 201 data, we’ve shown clearance of brain amyloid, we’ve seen trends in CSF biomarkers suggestive of effecting underlying Alzheimer disease pathophysiology, and we’ve seen an impact on the rate of disease progression for key clinical endpoints and clearly we’ve learned a tremendous amount about the potential for BAN2401 in this early Alzheimer disease population over the last few months and we certainly look forward to communicating next steps for the program as soon as our discussions with regulators have concluded.